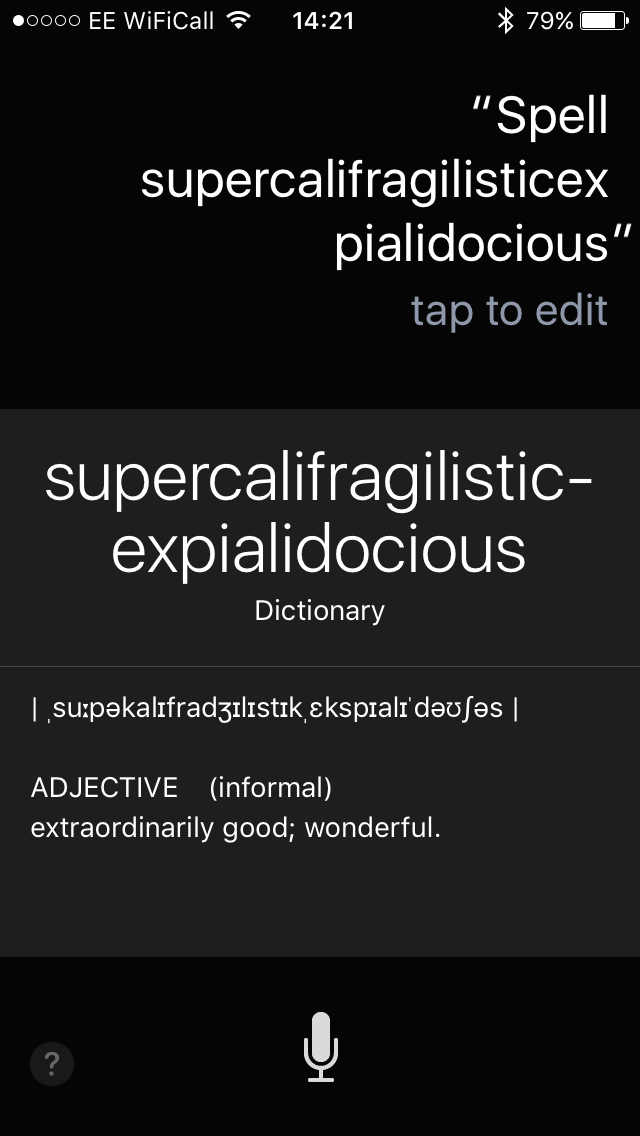 iPhone Siri is not a new thing in today’s world but most people don’t use it very often. But through this post I want to highlight some of its key features like:

Thanks to Bharat Gupta via the Add a new Strategy form.

“I like to generate a transcript of a lecture session and I use speech to text to dictate into my mobile or I record the session”  D.T.

There are several ways of dictating and producing text on the mobile – iPhone has built in speech recognition (Siri) for many of its apps or the use of Dragon Dictation when online that allows short paragraphs to be dictated and collected within its own note pad. Android has Dragon mobile assistant and if you want to experiment there is Utter in beta mode for commands.  It does not make the Android totally hands free, but it shows the beginning of an off/online conversation with reactions!

“I use different voices for my text to speech and I use Siri to send notes to lecturers as an instant message (SMS).  It is the flexibility of the iPhone that is so good – you can multitask using several tools at once.”

Karima – sent via the strategy form

However, there can be some problems when ‘Trying to Use Siri to Text Message‘ as this YouTube video illustrates!

This strategy comes thanks to Sandra Fox who has shared her technology tool tips on her blog.

“Voice Ask is an assistant like Siri, but it works on all iPhones and iPads [Apple app store £0.69]. And now on Android as well [via Google Play for £2.27]. You can ask it questions on any topic, either by talking to it or write, and it will answer you in a clear voice.”  There is a YouTube video about Voice Ask

These pages show our most recent news or strategies. Search or browse by using the Tag Cloud.